There is so much water everywhere.  But I promise you’ll not get soaked if you join me for a quick inspection of the lay of the water at the salt marsh. And you can wear nice shoes too. Or like me, no shoes at all.

On Sunday afternoon we got a small break from the relentless storms that have stayed with us for the last couple of weeks. The sun even peeked through the clouds occasionally. A good time to get in some exercise, both for the past and the coming week. All in one walk.

I waded ankle-deep, at times almost knee-deep, through the new rainwater “lake” that had formed on the beach. And walked right into a lively shorebird conference at the beach side of the “lake”. Hundreds of participants.

Some were bathing, others had passionate conversations, and a few just enjoyed the brief spell of sunshine. Like the Black Skimmer who’d fallen asleep on the beach. His pal flew in to check on him. Calling loudly for him to wake up already. 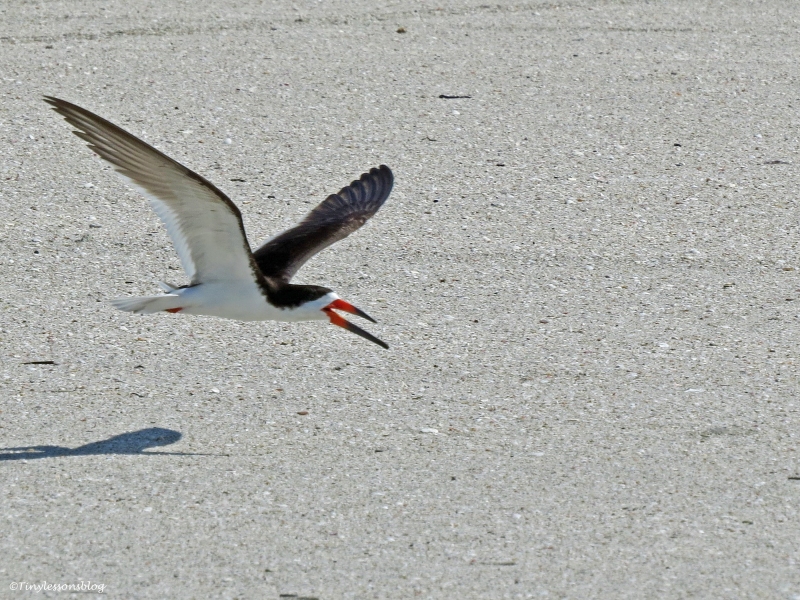 He woke up eventually, and they joined the others at the “lake”.  A baby Black Skimmer, the first I’ve ever seen, was wading tummy deep in the water while his sleep deprived mother was nodding off nearby. But there wasn’t much to skim, yet, for anyone. Just plenty of fresh water. 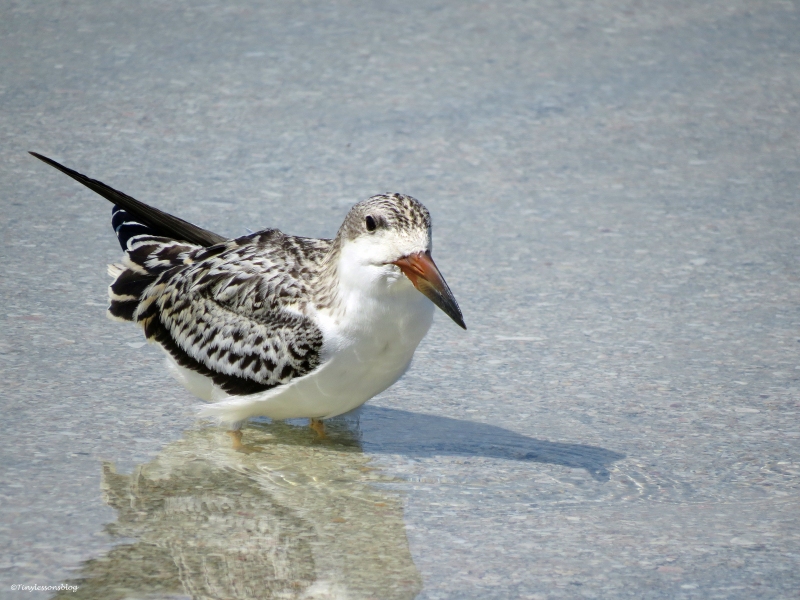 From there I walked through a flooded path towards the salt marsh to check on the residents. I felt like an oversized wading bird, but without the ability to fly over the puddles.

Once at the marsh, I found the water level was much higher than I’d ever seen. Many small islets and all my favorite photo spots were now under water. 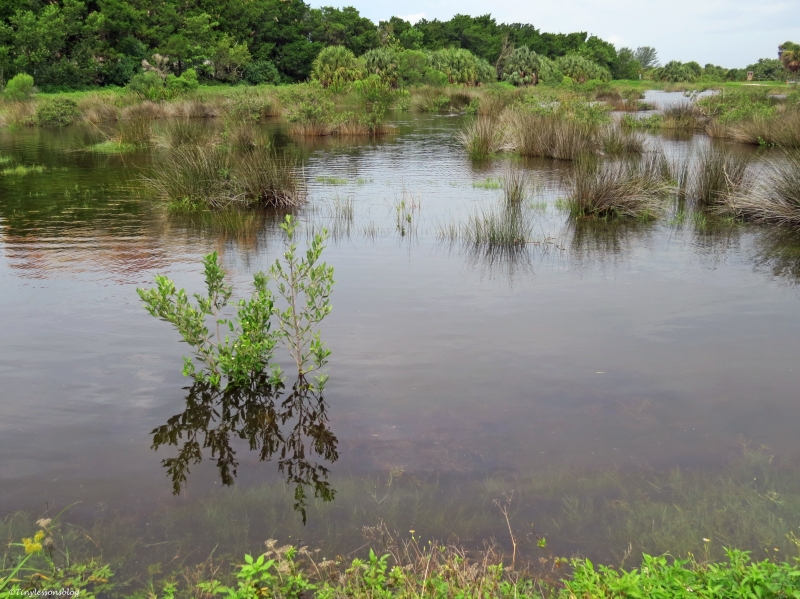 Only a few birds were out and about. The young Great Blue Heron was trying to peek over the tall grass, and a Tri-colored Heron was out fishing. Successfully. 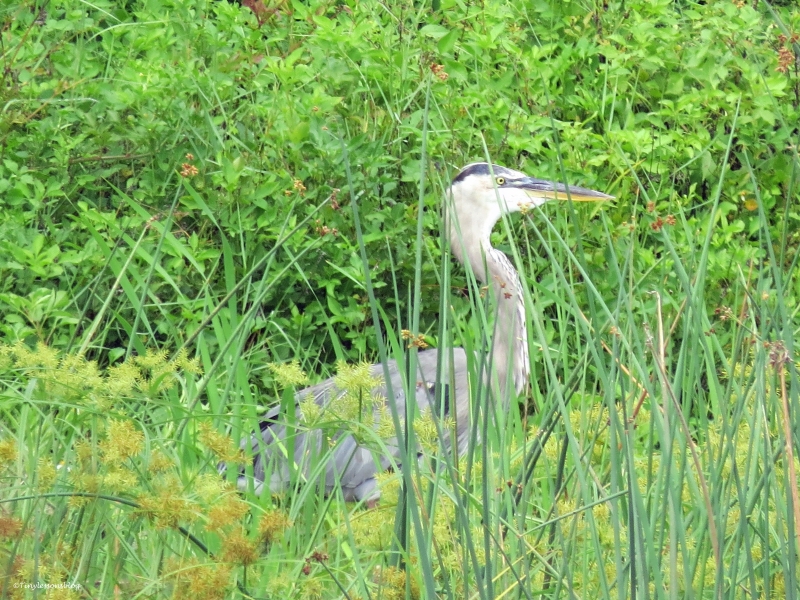 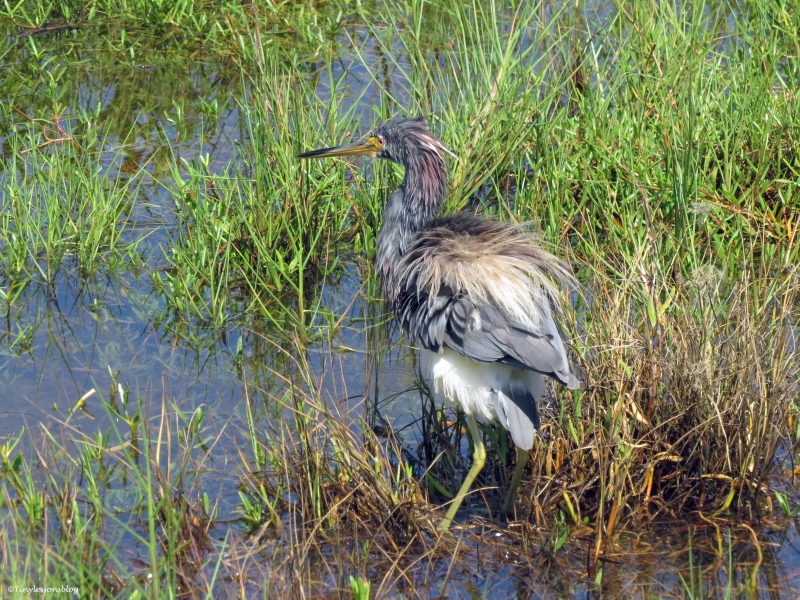 I also spotted a small heron hiding in the partly submerged grass. My first thought was American Bittern, but after checking all my pictures of him, I now believe he was a juvenile Green Heron.

Some birds didn’t trust the weather man. They had stayed in their rain-shelters close to the Osprey nest. Like this Snowy Egret and the juvenile Night Heron with baby hairs. 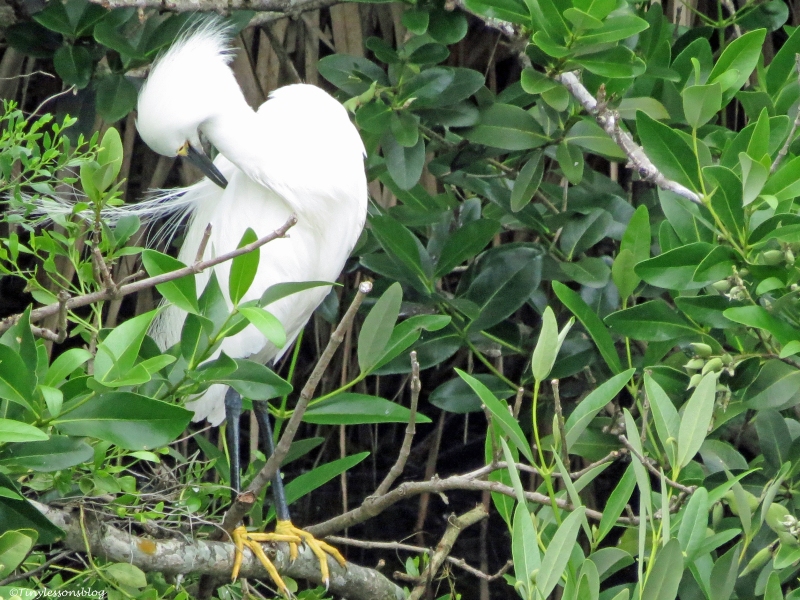 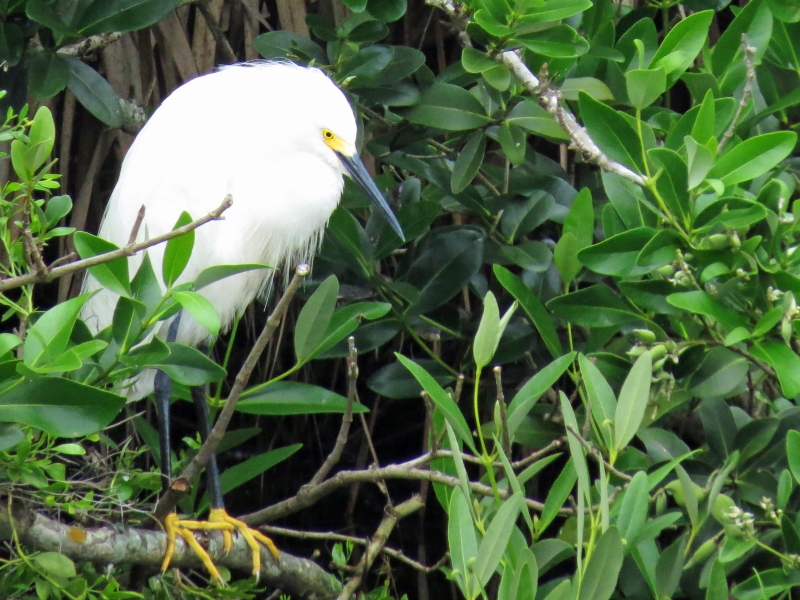 No sign of Mama or Papa Osprey. With all the lightning we’ve had, I wanted to see for myself they were okay. I decided to stretch my luck and go searching for them. Ignoring the fact that the next storm was already brewing in the skies. I walked towards Papa Stanley’s resort, and the minute I could see it, he flew in from the bay side.

He was soaking wet, but had no fish. I was happy to see him safe and sound. And sure he’d catch a fish on his next dive.

As soon as Stanley had settled down, he turned his head and stared back towards the bay. That’s when I heard Mama Sandy. She was singing “I caught a fish, fish, fish”. I stepped back to the road side, and saw Sandy had landed on a lamp-post nearby. With a good-sized fish. They had been fishing together on the bay, but only Sandy had been lucky. I’ve long considered her a somewhat better fisher(wo)man than Stanley. Stanley is very good, but she’s master class.

Sandy started eating her fish, and I wondered whether she would share some with Stanley. It was highly unlikely. And he didn’t ask for any either. In the Osprey world everyone fishes for themselves. Papa brings fish to Mama only when proposing to her, and when she’s incubating and raising small chicks. And both parents can bring fish to the chicks until they’re ready to start their independent lives.

It was great to see both of them. I had to hurry home as it started raining gain. A few big drops at first, then buckets. And that pattern has continued. There’s no risk the salt marsh, or its stories, will dry up any time soon. Although it’s finally been sunny today. The first thunderstorm appeared only at dinner time.

Thanks for coming along. Have a great rest of the week.

72 thoughts on “Water. Everywhere. And an Oversized Wading Bird at the Salt Marsh.”