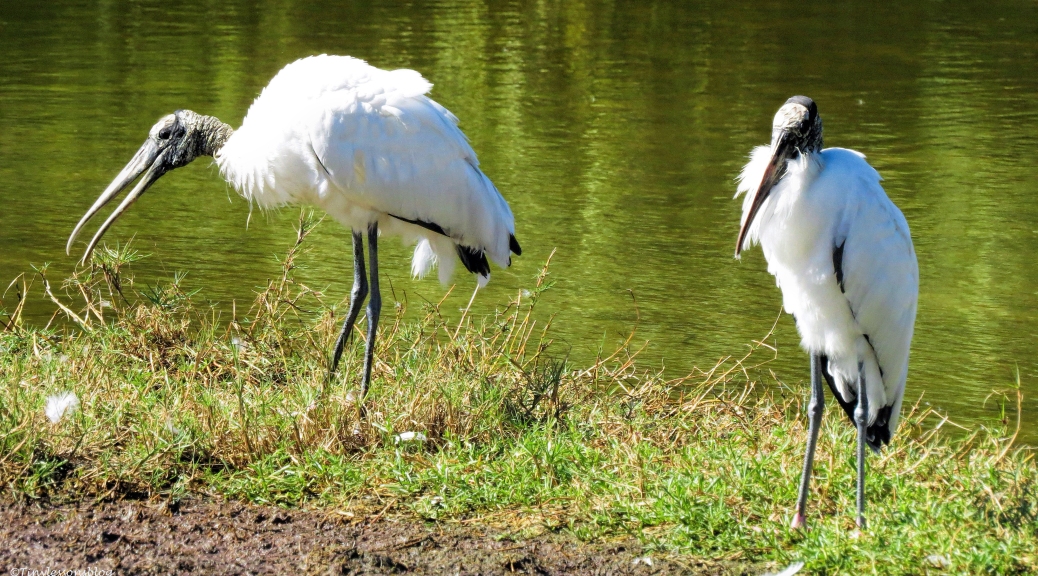 The Mayor was busy. He patrolled the waters between the small islets that served as conference rooms for the annual Migration Conference at the salt marsh.

The crowd was generally well behaved. Apart from the young Great Blue Heron. He was acting up, pretending he’d been promoted to Deputy Mayor. Which of course wasn’t the case. His provoking behavior raised a few eye brows among the guests.

Finally the Mayor decided he had to be managed. And sent him away from the premises amid loud protests.

The oldest Wood Stork started everyone off with a long speech. Some listened intently, others preferred to hold their own side meetings. Or started lining up for the smorgasbord. 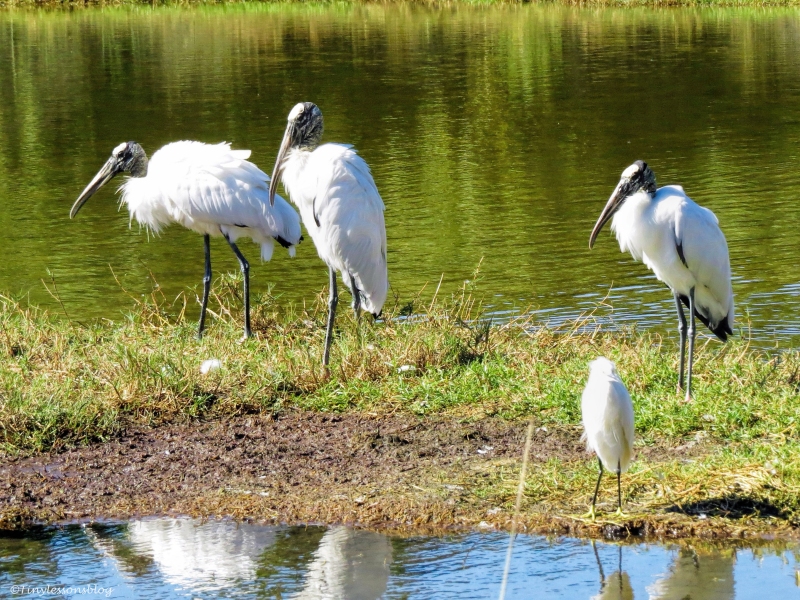 And yet others preferred to explore the marsh during the proceedings, like the Reddish Egret, the Tri-colored Heron and the Snowy Egret. But everyone’s eyes turned to Miss Rosa when she entered the stage in her hot pink dress. 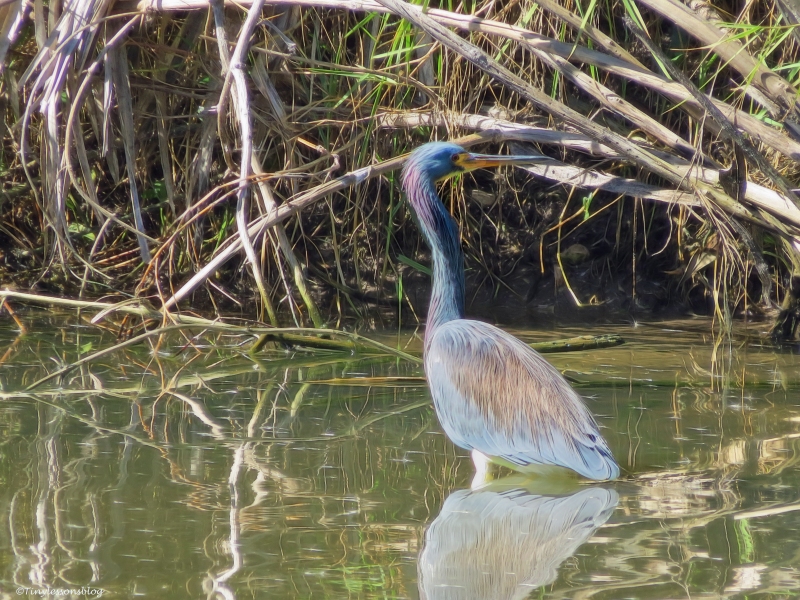 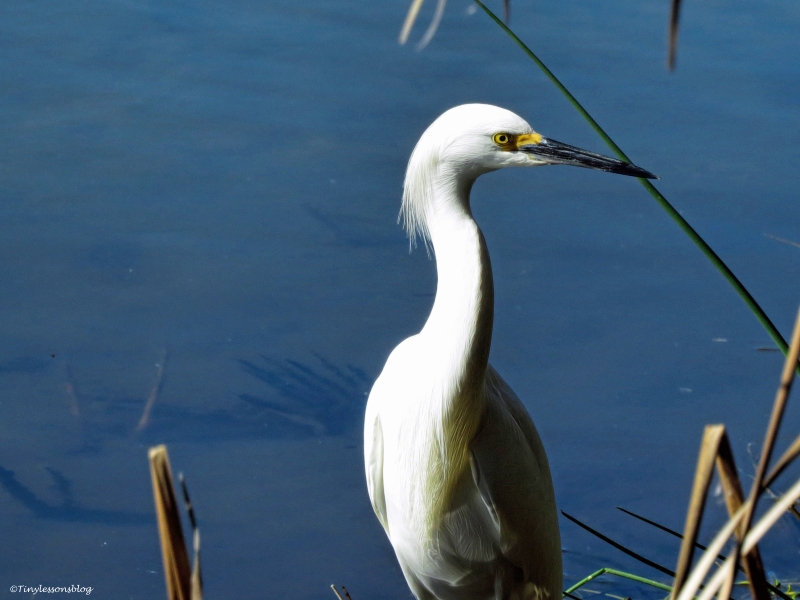 She was nothing short of stunning. No competition there.

Actually, almost everyone turned to look at her. The Yellow-crowned Night Heron found it difficult to keep his eyes open at all during the meeting. He’d probably been up late. Or just found it plain boring. 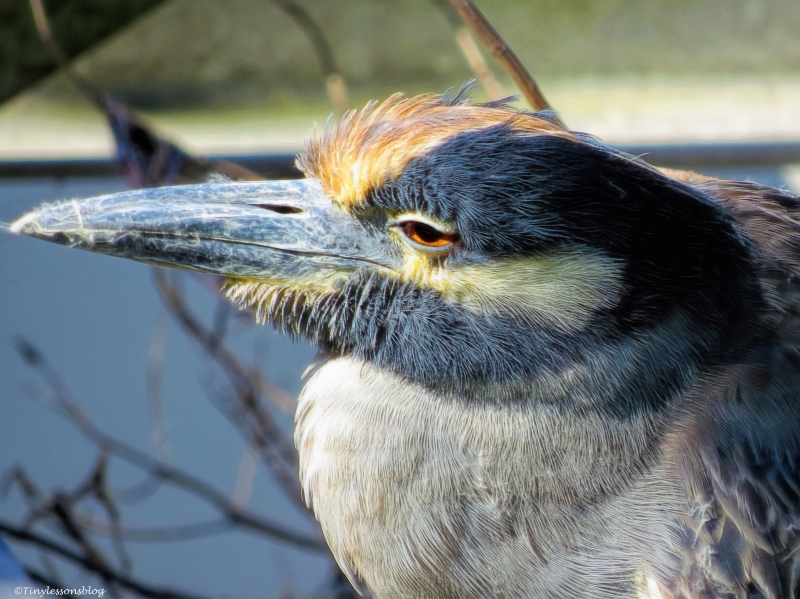 The little Pied-billed Grebe enjoyed the relative calm at the deep end of the marsh, where also the Moorhens and their friend, the Muscovy Duck, had fled the hubbub. 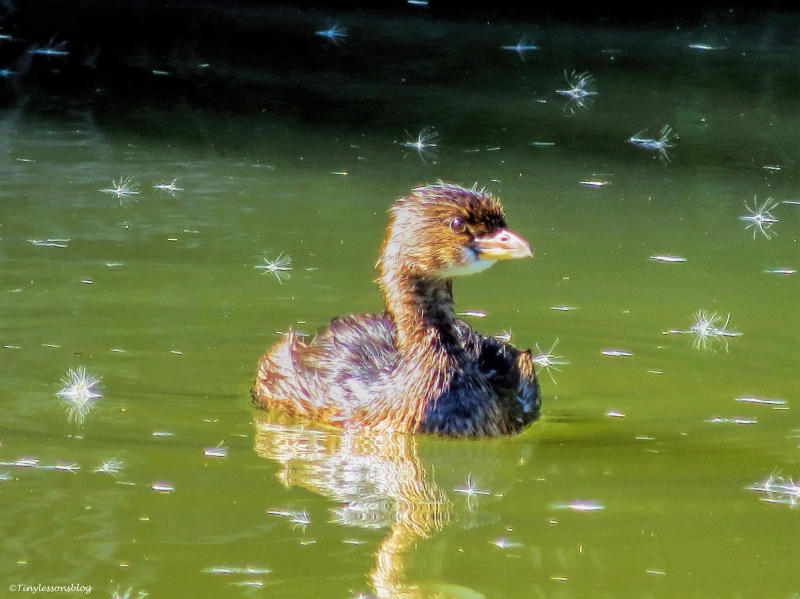 Unlike last year, Mama Sandy had declined to participate in the conference. She had gone fishing with Papa Stanley, and they were enjoying an early lunch away from the crowds. Stanley at his resort and Sandy 60 feet away on a lamp post. Both checking on each other, and on me, between the bites. 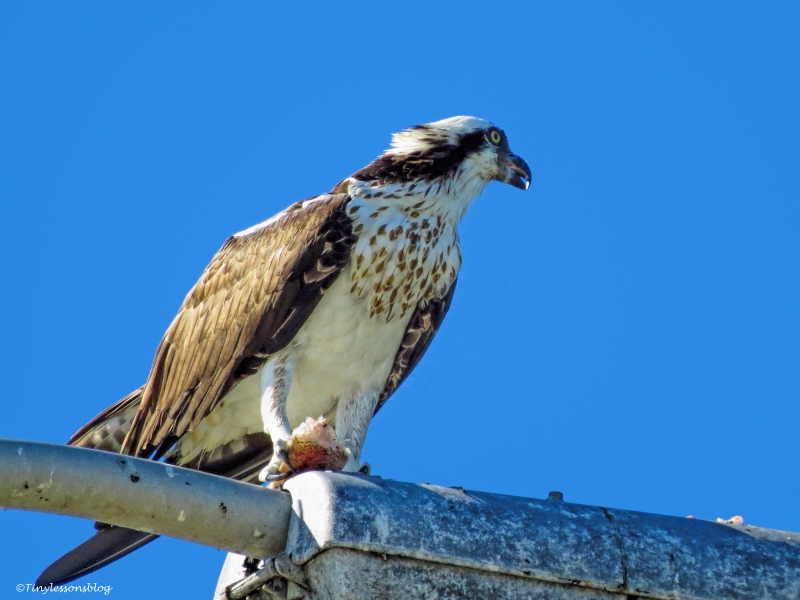 I am happy I was invited again this year to document the Migration Conference. But it was completely out of question to get everybody lined up for a group photo. This was the best I could get.

Now that all these birds have arrived south, it’s my turn to fly north. I’ll see you in about ten days. While away I’ll be very busy, and also won’t have internet connection for several days. But I just might try posting a short greeting from my iPhone. Now that the new editor is so mobile friendly 😉

I’ll catch up with you all on my return.  And Happy Thanksgiving to  friends and visitors celebrating this wonderful holiday on Thursday! I trust you spotted the turkey among the conference participants 🙂 Much love, Tiny

79 thoughts on “Annual Migration Conference. Birds Fly In. I Fly Out.”