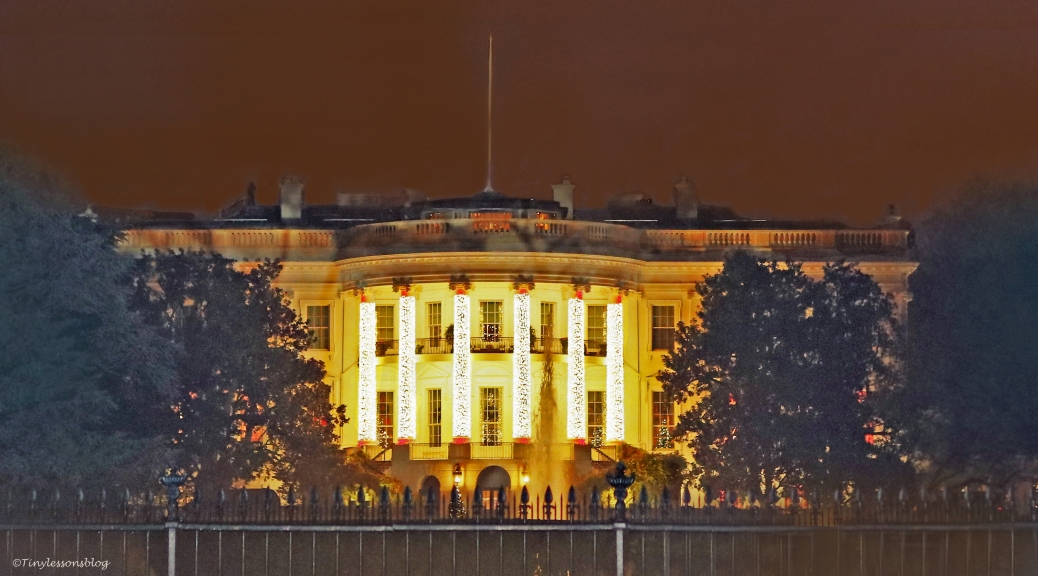 When do you know you have become a crazy photo enthusiast?  I got my answer this week. You see, I have never considered myself as a photographer. But I have to admit photography has occupied my mind – and my time – quite a bit lately. I’ve had nightmares about not having one single photo to post on my blog. And I’ve dreamed about another photo safari in Africa. All true. 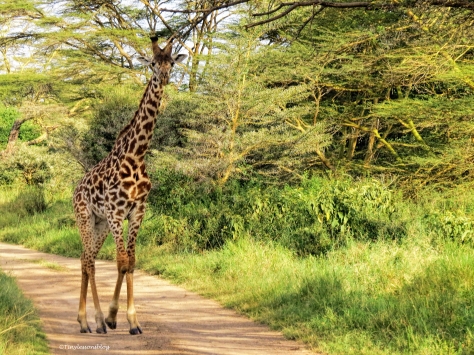 Early this week I found myself far from Africa, on a whirl-wind visit to Washington D.C. for work. My incoming flight was delayed due to bad weather in D.C. and I arrived at my hotel late, around 8 p.m. It was raining. As soon as I had put down my small carry-on, I checked the view out of my window. Through the drizzle and darkness, I could see the Washington Monument, the “needle”, blinking in the distance. Without a second thought, I took out my umbrella and my camera bag, and put on a trench coat. Being in the nation’s capital this time of year  I had to see the National Christmas Tree. And take some pictures. Even when I knew I would be two days early to see its full glory. I must confess I knew that walking solo at night in downtown D.C. was not a completely safe undertaking, particularly outside the lively restaurant quarters. I found myself walking on deserted streets among all the sleepy government buildings. 12 blocks. It was not raining anymore, but the mist was hanging heavy and the visibility was poor. I felt in my bones that my pursuit of pictures might be an exercise in futility. But I kept going. 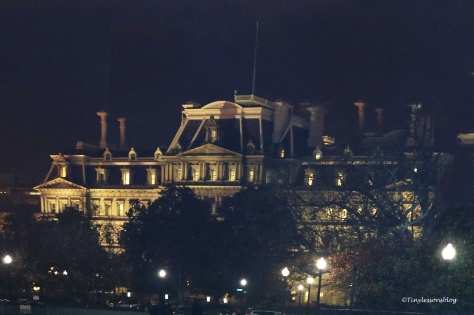 Finally I passed the Executive Building and arrived at the White House. Some people were lining up at the east gate, perhaps to attend a holiday function. I passed them and walked south into the dimly lit park toward the “needle”. No soul in sight.

And after a few minutes I spotted the National Christmas Tree. It was not lit as yet, but I thought it still looked beautiful. It would be lit on Thursday, December 1st when I would already be back home. (You can find the White House tweet on the side bar to see the true glory of the tree and to hear the President’s beautiful message). The little Christmas trees representing the states were illuminated by light beams of various colors coming from the tents at the outskirts of the fenced area. 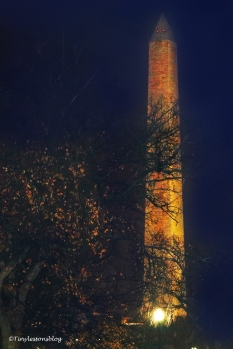 …before I walked back towards the White House. It was beautifully decorated for the holidays. The famous columns were lit, and many Christmas trees were visible through the windows. Despite the dreary weather, I could feel the spirit of the season. 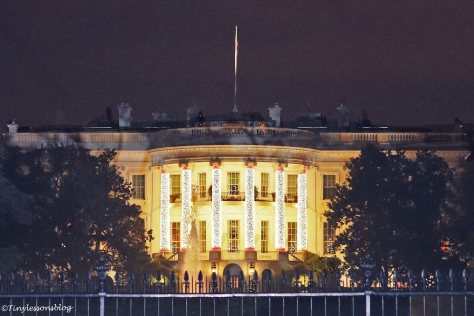 I was tired, but happy with my nightly photo outing. The rain held off and I walked back to my hotel for a late dinner. Maryland blue crab cakes with a glass of good wine. And a few usable photos. You can’t get a better reward for being a crazy photo enthusiast.

I wish you all a great weekend.

66 thoughts on “Confessions. And Precarious Pursuits.”