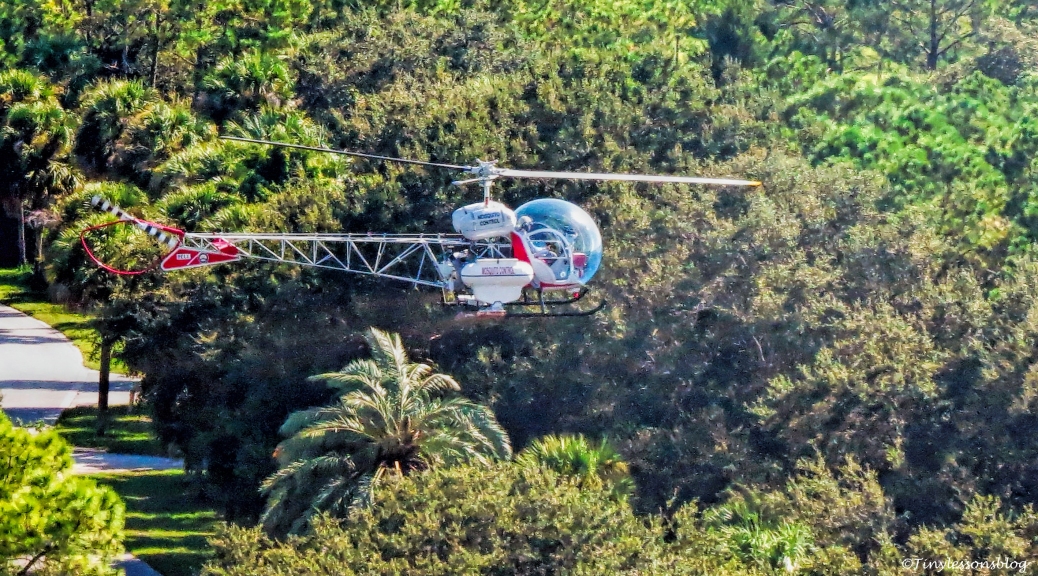 Yesterday I was standing on the edge of my terrace watching a helicopter fly very low over the salt marsh and the park. Its flight pattern was crazy, heart-quickening. It would rise up fast, make a sharp turn over the bay or the Clearwater pass followed by a wild descent until it almost touched the ground. 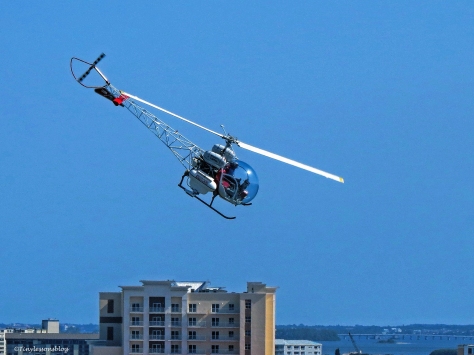 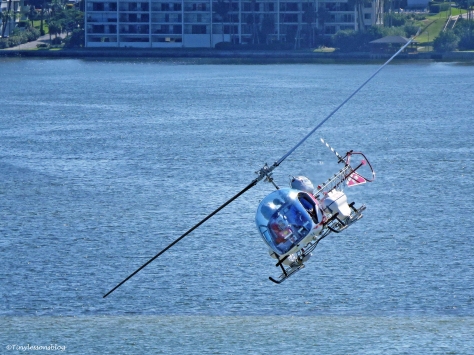 What was going on? I zoomed in and found the answer. It was a mosquito control helicopter from the county dropping larvicide in the many still flooded areas of the park. Part of the county’s efforts to prevent the Zika virus from spreading through local transmission.

It landed once and park personnel came forth to load several bags of (probably) granulated larvicide onboard.

It’s been ten days since the torrential downpours from Hermine started, and although the flood water levels have been going down, both the beach and the park are still flooded (picture as of yesterday morning, today it looks a bit better). 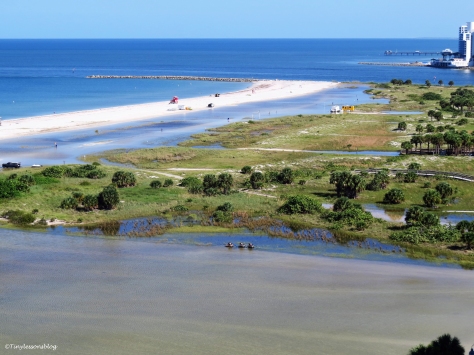 The whole park where the salt marsh is located is “closed until further notice due to effects after TS Hermine”. I had to read that out loud to Dylan, who insisted we go to the doggy park.

Very few birds have been present. I assumed it was because of the high water levels in the marsh would not allow them to feed, but it’s probably also due to the fact that bird blood is much preferred to human blood by mosquitoes. I learned this today from an article. My experience would have led me to a different conclusion.

You see, I had decided to take a walk on the beach and planned to visit the salt marsh too. Knowing that the beach entrances to the park would still be flooded, I was planning to ‘slink in’ to the salt marsh from the street.  Through the narrow opening between the stone wall and the closed gate. I was sure Tiny could get in through there when nobody was watching. That was the plan.

I walked through our back garden onto the board walk. And as I had anticipated the path to the beach had now dried up enough to allow me to walk there with my sturdy walking shoes. So I did. That’s when I was attacked by zillions of mosquitoes. Zillions. I’m not exaggerating. I had put on mosquito repellant on my ankles, arms, neck and nose, but they tried to bite me through my clothing. Twentynine of them hanging onto my crop jeans almost threw me crazy. I didn’t stop to zoom in on those fellows, so you have to take my word for it. Instead I ran to the water’s edge where a sea breeze drove most of them off. And on my way I stumbled upon a sand castle built by some brave little soul after the storm.

The beach itself was lively. Only me and another woman, but hundreds of birds. Most of them were enjoying the now much more shallow floodwater lake between the beach and the salt marsh. The air traffic to and from the ‘lake’ was heavy, mostly Royal Terns and Black Skimmers.

And there were plenty of newly arrived shore birds at the water’s edge, Sanderlings, Willets and Ruddy Turnstones. 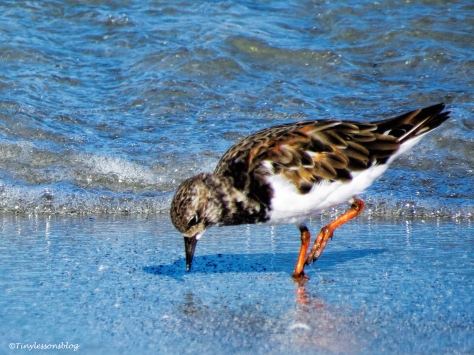 It was wonderful to see all of them again. And the Black Skimmer community was large. Beautiful juveniles and adults.

Some juveniles were still hanging onto their parents – with resulting loud arguments and corresponding dramatics. 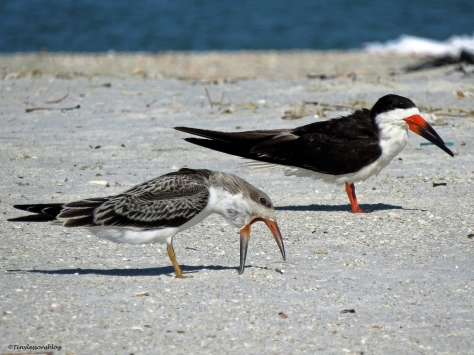 When leaving the beach I decided to run for my life through the soft, party wet path occupied by an army of aggressive mosquitoes. And arriving back to our garden, I had had enough of them. The planned ‘slinking in’ to the salt marsh would need to wait. Probably until they open the gates again. There is a reason for everything.

I wish you all a wonderful, mosquito-free weekend.

68 thoughts on “Living on the Edge. Of the Salt Marsh.”