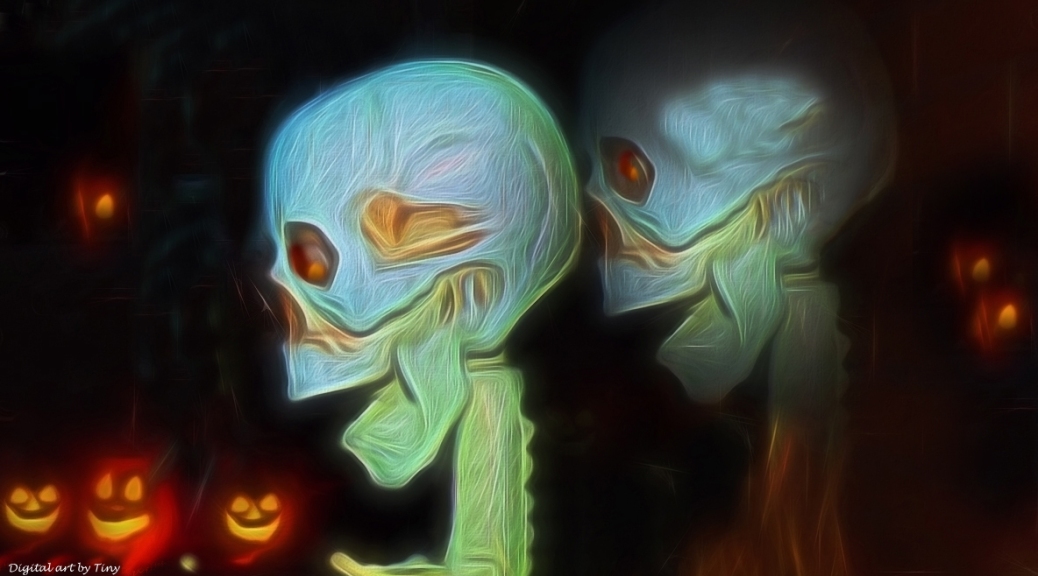 I’m definitely an implant as far as Halloween is concerned. Growing up in northern Europe, I never knew spooky and scary things were supposed to happen on a certain day, or even in a certain month. Instead, I grew up knowing that 1st of November was All Saints’ Day. Cemeteries would look peaceful with candles burning on the graves of departed loved ones on the Eve of All Saints’ Day, October 31st. There was nothing spooky about that. 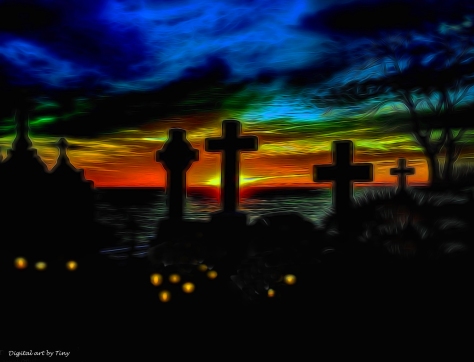 So on my first Halloween in the US, just three months after we’d arrived here, I was not prepared for what was to come. I got off the bus a couple of blocks from home, tired after a stressful work day, when a glowing skeleton ran towards me on the darkened suburban street. Spooky. And as it came closer, it spread its arms, ready to grab me. 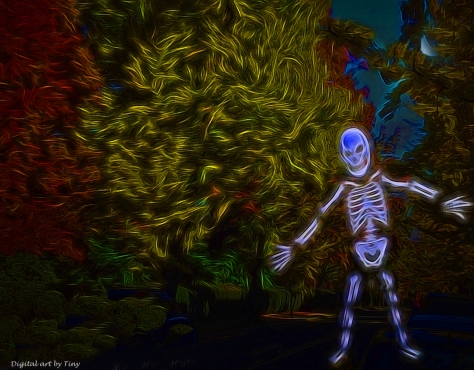 Instead the skeleton hugged me. And then it spoke. My son’s voice, no doubt. He had already caught on to the local customs and was on his way to trick-or-treat with his new friends. I realized the whole neighborhood was spooky. Ghosts and skeletons hung from the trees. Carved pumpkins threw a ghostly light on the manicured lawns through their hollow eyes and irregular teeth. I had never seen anything like that. It felt rather silly to me as I was still mulling over the outcome of my last meeting. On a very ordinary Monday night. But then, I was no longer a kid. 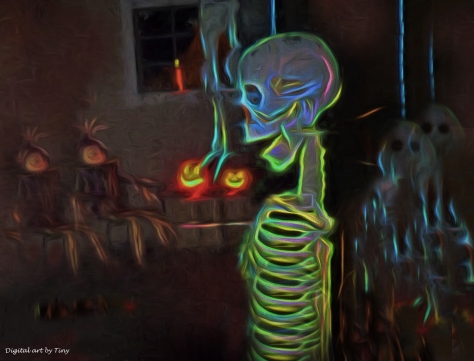 Not that I was a stranger to skeletons. I actually had one as my front seat passenger when I drove through Addis Ababa to a health care conference a few years earlier. The skeleton had been our guest for a couple of days before the event, so I felt compelled to provide him transport to the venue. I had lovingly made him a hoodie out of a bedsheet for this chilly January day. And I did put his seat belt on. He sat there silently next to me as we navigated our way through this lively city. A few pedestrians spotted my pale passenger, and there was some finger pointing. But we arrived safely. He did his job and I did mine. We even posed for a photo together before our ways parted. So I was used to skeletons. Sort of. 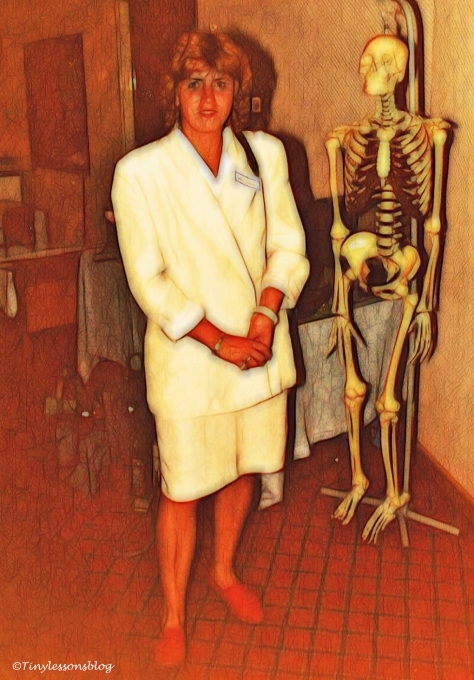 But the first Halloween was embarrassing. I didn’t have large stacks of candy for the many trick-or-treaters, who knocked on our door. But luckily I always kept a small stash of treats in my pantry. That lasted for an hour. I was not up to any tricks so I had to put the lights out when my candy was gone. A real outlier. But I was a quick study. The following year I had both pumpkins and candy. Whole pumpkins on the stairs. And wrapped candy in a basket.

However, my scariest spooky experience was not on a Halloween. You see, such things can actually happen any time. This was years earlier. In the dark underground city of the dead. In the catacombs under the city of Rome. 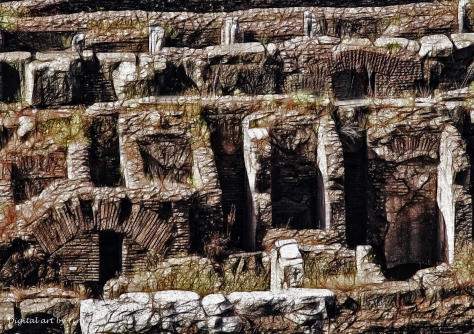 When I walked down there, in those long, narrow, winding tunnels surrounded by damp earth, stone or ancient brick, I was moved far back in human history. To the dark times of persecution. I could feel the suffering in those walls. All my senses we spooked. And the skeletons, skulls and other reminders of those who died or were buried there added to the scary and somewhat claustrophobic experience. 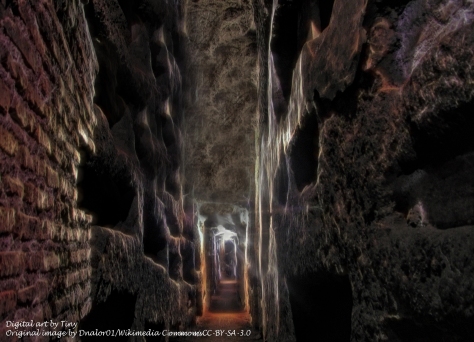 All roads lead to Rome, as they say.  If yours does too, the catacombs may be the place to visit. In the unlikely event that your Halloween is not scary enough.

So what am I going to do this Halloween? You guessed it, right? Visit the salt marsh, of course. In case you don’t see an update on my feathered friends over the weekend, I might’ve been caught in the web of this glowing giant spider. Just so you know. 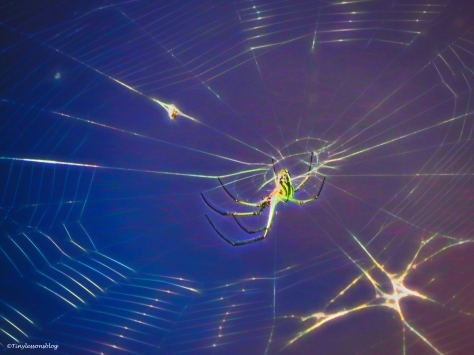 Well ahead of this upcoming scary walk, I wish you all Happy Halloween and a Peaceful All Saints’ Day.

54 thoughts on “Scary True Stories. Told Ahead of Halloween. Just In Case.”