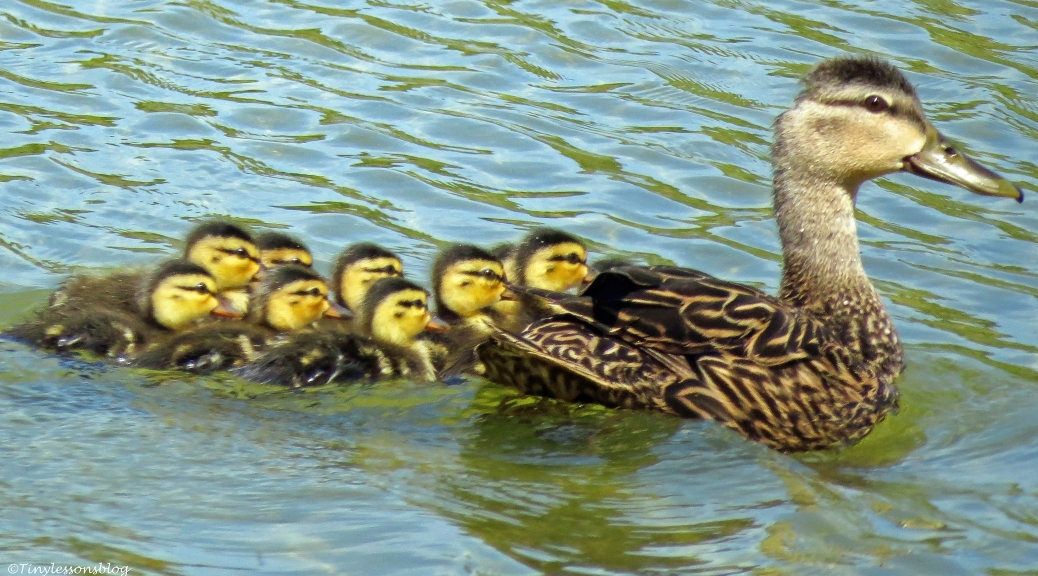 The sky lit up, and loud bangs reverberated through the salt marsh. About an hour after bed time, the three Osprey chicks woke up to experience their first fireworks. Courtesy of the Sugar Sand Festival going on just north of the park, on the other side of the narrow waterway. Luckily Mama Sandy and Papa Stanley have experienced these occasional “disturbances” several times before. I’m confident they made the chicks feel safe. And explained to them the silly fascination with these loud nightly displays we humans have.

On Sunday afternoon the drama continued, but this time it wasn’t manmade. Papa Stanley had just left for his 2 p.m. fishing trip on the bay when the thunderstorms rolled in. The skies darkened instantly. The winds picked up, gusting up to 50 miles/hour. Dry leaves and small branches swirled through the air. Sheets of rain moved sideways like grey walls of water, followed by thunder and lightning.

Mama Osprey was tightly pressed over her chicks, her head pointed against the wind. The chicks experienced their first torrential rains and their first thunderstorms under Mama’s half-spread wings.

This scene was repeated, with more intensity, on Monday afternoon. Looking through my window with binoculars, I could see that both Sandy and Stanley were in the nest shielding the kids from wind and rain.

On Tuesday afternoon I could finally take a walk to check on the residents in the salt marsh. The water levels were up throughout, and I saw several feathery friends out inspecting their surroundings after the storms…or just enjoying the much nicer fishing weather.

Arriving at the osprey nest I noticed Mama Sandy had a small injury on her tummy, a bloody patch just above her left leg. But she was in full swing feeding the chicks, and didn’t seem bothered by it. Something must have hit her there scraping away the soft feathers and skin.

It’s been quite a week for the Osprey family. The first born chick is now about four weeks old. All three chicks have learned to walk and discovered their wings. Their curiosity is limitless. They come close to the edge to scan the skies or to peek down. Even just to say hello.

So what do good parents do? They go shopping for baby gates. That’s exactly what both Sandy and Stanley have done several times this week.

I’ve admired the good discipline Sandy and Stanley have established. The chicks are always fed one at the time, while the other two patiently wait for their turn. All three seem to be growing, developing their own personalities … and challenging my ability to catch them all in a family portrait 🙂

The regular daily routine Sandy and Stanley have established serves to keep the chicks feeling safe in the wild world of fireworks and storms. It goes something like this

Nice, eh?  I don’t think these wise parents have googled expert recommendations on consistency in meal and nap times. They just intuitively know. And that’s quite amazing to watch. In fact, it’s a privilege.

Now is also the time to meet other youngsters. Yesterday afternoon I spotted a young  Great Egret enjoying a refreshing bath at the shallow end of the marsh.

And watched quietly in awe when Mama Mottled Duck suddenly came out of her nest. With ten little miracles in tow.  Possibly for one of their first swims. I could only see them for a minute or so before Mama took them into safety in a narrow corridor under the mangroves. Aren’t they lovely?

And of course I would spot Mister Reddish Egret successfully chasing his cousin, the Great Egret, away from the fishing spot he’d claimed. That was not a miracle, but a rather common occurrence around here 🙂

This morning it’s been raining on and off. I noticed that Mama Sandy left her kids by themselves for a little while. Probably to get more reinforcements to the nest.  Right after she left it started raining again. The three chicks moved to the middle of the nest and huddled together until she returned a few minutes later.

You will notice the youngest chick is quite a bit smaller than the other two. My guess is that the first two hatched a day apart, but the last born hatched 2-3 days after the middle chick. Sandy seems to keep him/her separate from the others, often between or right behind her legs when she’s in the nest, including at feeding time. I’m sure she does that to increase his/her chances to make it.

We all wish you a great day/evening filled with love, laughter and small miracles. Rain or shine. Your embedded reporter in the nature zone, Tiny

59 thoughts on “Fireworks. Strong Storms. And Little Miracles in the Salt Marsh.”