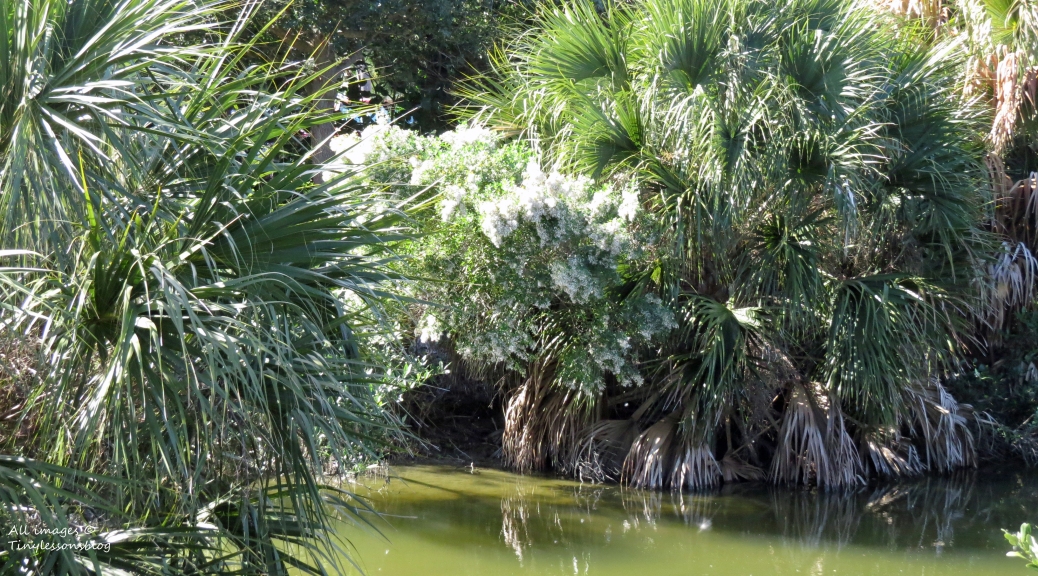 It’s been a busy week for many of us.  But for the birds in the salt marsh it’s been a cool and quiet week. Lots of hunching and huddling, rain and winds early in the week, then cool temperatures throughout.

Walking into the salt marsh the other day, however, I was in for a surprise pre-holiday sing-out. Upon arrival, I was greeted by a beautiful song performed flawlessly by a Northern Mockingbird.

Next, I approached Papa Osprey’s nest. Eyes half closed, and looking like an opera singer, Papa was singing his heart out! It was a long and beautiful song. The chorus repeated twice. I wish I understood the lyrics, but I have a suspicion that he was singing for Mama Osprey. “It’s almost Christmas…Darling come home!” Or something similar.

Nearby, a beautifully dressed Snowy Egret was singing too. The subject of his affection might have been a shy-looking lady on the other side of the water.

Little further out an Ibis was serenading…someone. I’m guessing it was one or all of the girls in a tree nearby.

Then I heard another Osprey calling. And singing. It proved to be Papa’s friend Steve. Maybe he was calling for Mrs. Steve, whom I haven’t had the pleasure to meet as yet? Or just getting into holiday spirit? I have no idea, but he was certainly participating in the sing-out wholeheartedly.

A slow warming trend has been promised for the weekend and into next week, so the birds have something to look forward to even before the holidays.

I hope your weekend will be warm  – in the home and in the heart. ❤ Tiny

36 thoughts on “Pre-holiday Sing-out. In the Salt Marsh.”