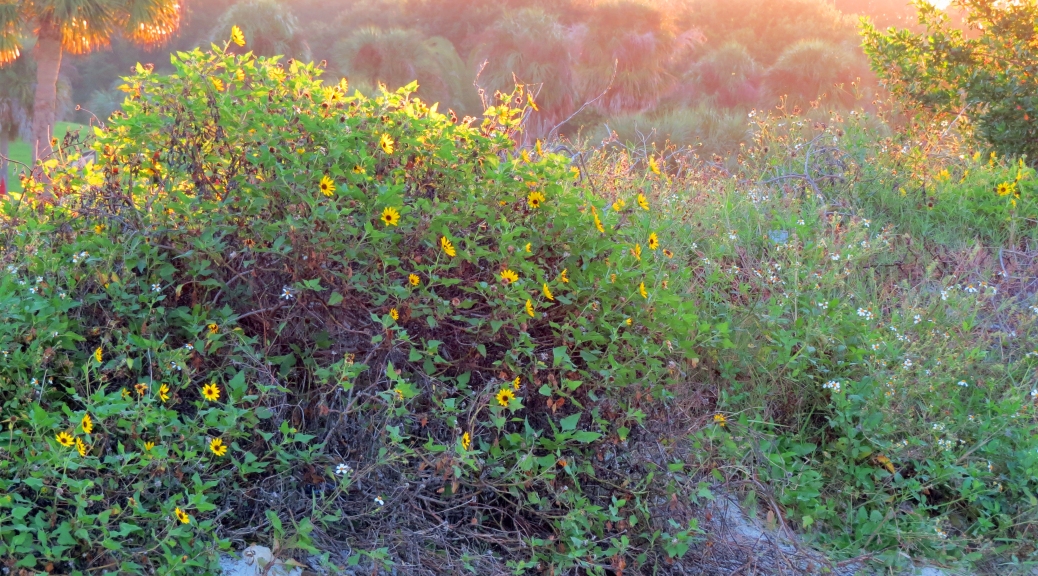 This year I have a useless calendar on my office wall. It didn’t say it’s Thanksgiving in Canada today. However, I got a hint from Papa Osprey yesterday. I should’ve understood that something special was in making when he offered me breakfast. At sunrise.

It was a beautiful, cool (FL cool, of course) morning. The waning moon was still high up in the sky when I decided to go for a pre-breakfast, sunrise run on the beach. And then round it out in the nature reserve.

I reached the salt marsh when sun was just climbing above the tree tops. Running along the foot path, I stopped to snap a few pictures of a Great Blue Heron who was wading knee-deep in the water. Beautiful. All other wading birds seemed to be at sleep in their secret quarters. Or so I thought.

I was standing under a dense tree admiring and “shooting” the heron, when a sudden, loud “kaa-kaa” and rustling of the branches and leaves just above my head scared me to death! I almost dropped my camera. But I got this nice picture, not edited in any way. It has some fancy colors, but I have no idea what I shot. The spirits of nature?

I discovered it was a Black Crowned Night Heron who had scared me. Or rather, I had interrupted his sleep by sneaking around at sunrise. I’m sure he had just gone to sleep after a night of hunting. I got this shaky, partial picture of him in the next tree…And I said sorry for waking him up.

That’s when I saw Papa Osprey. He had been up early, fishing in the dark. And was having a big fish for breakfast. I walked closer to the nest. He looked at me with a funny expression.

Then he took a bite of the fish and dropped it in my direction. Offering breakfast.

I didn’t catch it, but said my thanks for his kindness. I should’ve known it was close to Thanksgiving. For all my Canadian friends. Happy Thanksgiving !!  ❤ Tiny 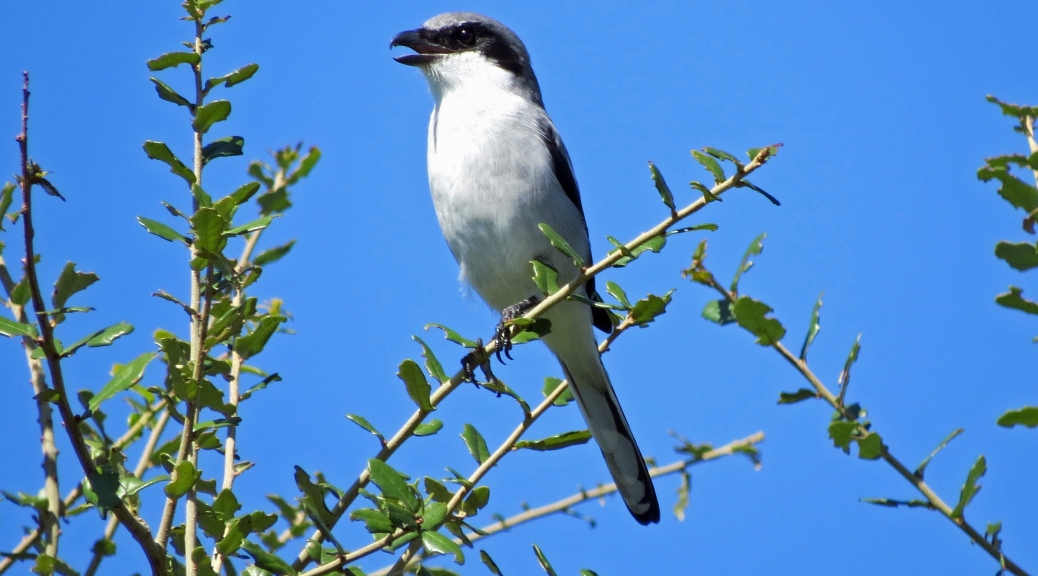 I want to sing

Not worrying about who hears

Or what they think.