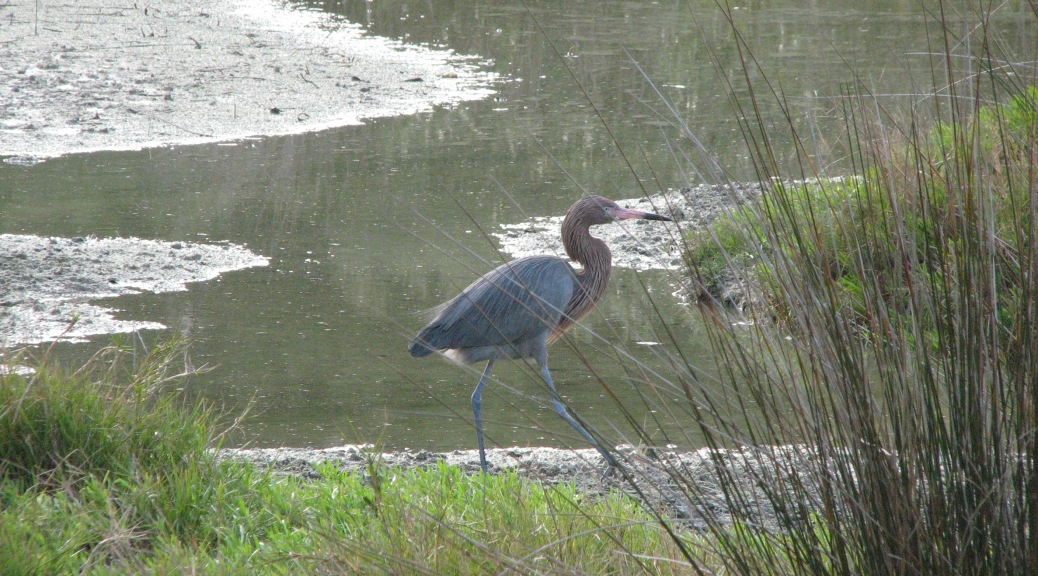 Today is gray and rainy. I am happy I was “on assignment” in the nature reserve yesterday when it was hot, windy and just very cloudy. I half expected to see the osprey nestling standing on the edge of the nest ready to spread his wings so that a wind gust would take him up in the air. But he was not quite “there” yet.

When I approached their nest, I saw the papa osprey flying out for a fishing trip again.

The mama osprey and the youngster soon discovered that I was approaching. Both were peering out in my direction.

That’s when I saw that the nestling had grown a lot from last week! He was almost two-thirds of the size of his mom. And he was no longer been fed by the mama osprey. He had graduated to solid food! His head was bobbing up and down as he was happily eating from the fish that papa osprey had brought in a little earlier.

I stayed with them for quite a while. It was funny to see how the mama osprey always moved to the side of the nest closest to me. She was protective, but not alarmed. I hope that means she knows by now that Tiny is a friend 🙂

Take care and have a wonderful weekend – Tiny