The other day when I was reading a post of a great blogger, Anka, I thought of my favorite actress, Meryl Streep, whom I first really noticed in the celebrated 1985 film based on Karen Blixen’s most famous book “Out of Africa”, written under the pen name of Isak Dinesen. This Sydney Pollack film won 7 Academy Awards, including Best Picture. Although almost 30 years old, the film still feels timeless to me. If you haven’t seen it, here’s a link to the trailer http://www.youtube.com/watch?v=CHowfGGR3l8.  I hope it will entice you to watch it – even if you were not yet born when it first came out. 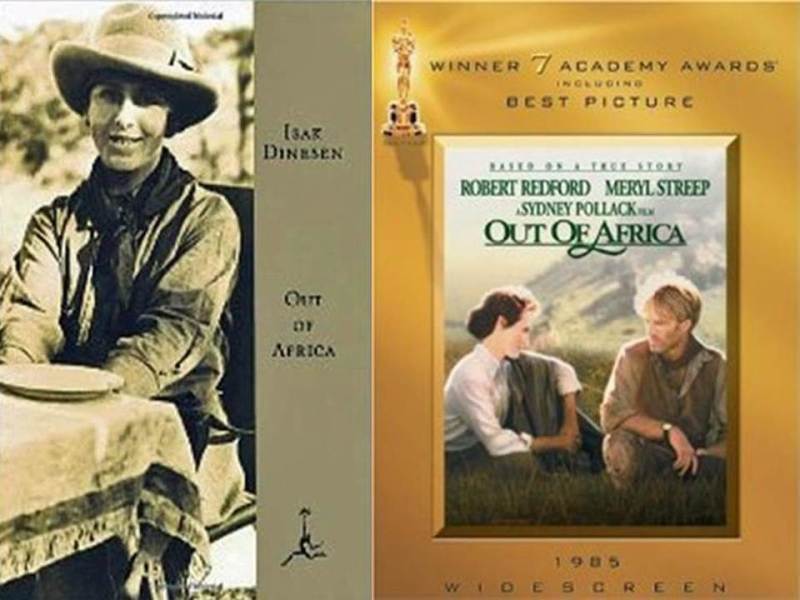 Both the book and the film start with Blixen telling us “I had a farm in Africa, at the foot of the Ngong Hills”.  The story is multi-faceted and all-round intriguing, spanning the period from 1914 to 1931 when the author lived on her coffee estate close to Nairobi in Kenya. But I will always remember the film, and watch it again, for its beautiful capture of Africa’s natural beauty and the time-typical environments. 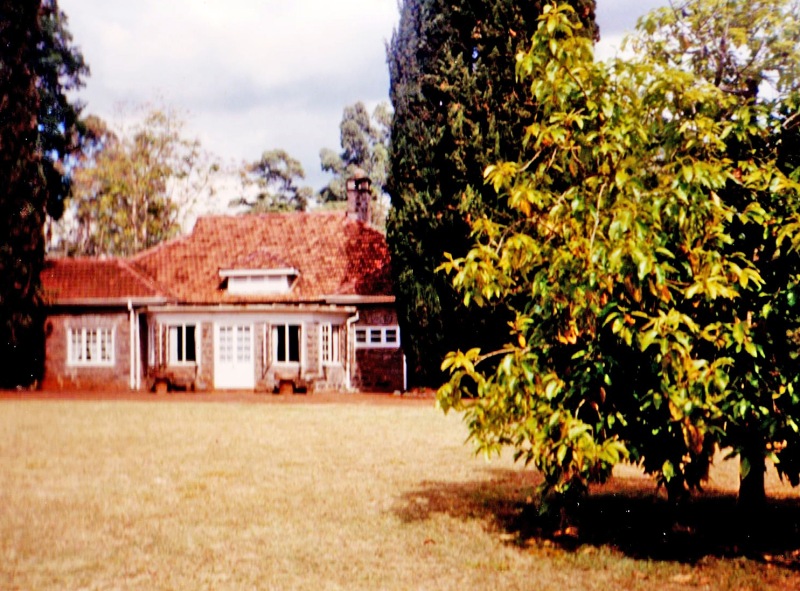 When Karen Blixen and her then husband Baron von Blixen Fincke moved from Denmark to Africa in 1914, they first lived in a farm-house called Mbagathi. In 1917, they bought a nearby farm-house, which became her long-time home she affectionately called Mbogani, meaning “the house in the woods”.  She ran the coffee farm there until her return to Denmark in 1931 after some tragic events on the farm and in her personal life.

Her house was not available when the film was made, so it was mostly shot at her first farm-house, which was renovated for the purpose to look like her beloved Mbogani. However, soon after the film came out, her house became available and was transformed into a museum in 1986. Many of her belongings were acquired back and now form part of the exhibition, together with some other time-typical items and props from the film. The Blixen Museum in the Nairobi suburb of Karen is a now part of the National Museums of Kenya situated only a short drive from the city center. One hot summer day few years ago, I had an opportunity to visit this museum.

Walking through the house had a slightly magical feel to it. Clearly it belonged to another era and felt very authentic. With a little bit of imagination, one could hear Karen Blixen humming an old song in her bedroom. Or see her waiting for her beloved friend Finch-Hatton on the verandah and the two of them later on sitting in the library, which houses many of his books,  in one of their deep conversations.

The house has a  vibrant garden with huge trees, colorful bushes and flowers, and a wonderful view of the Ngong Hills. It is obvious that Blixen loved these hills. She describes them in many places in her book, like ” The hills from the farm changed their character many times in the course of the day…in the evening, when it was getting dark, it would first look, as you gazed at them, as if in the sky a thin silver line was drawn all along the silhouette of the dark mountain; then, as night fell, the four peaks seemed to be flattened and smoothed out, as if the mountain was stretching and spreading itself.”

The film captures the beauty of these mountains and, in another filming location, the beauty of the Indian ocean and the beach where her friend Finch-Hatton owned a piece of land (I’ll save this for a later post). Her friend Finch-Hatton died in an accident with  his small plane and was buried by Blixen in these hills. She marked the grave so that it could be spotted from her house. According to the legend, lions come at dusk to guard the grave, gazing toward the Nairobi National Park. Locals say that lions have been seen on these hills as late as in the 1990s. It’s quite a fascinating story.

11 thoughts on “Out of Africa”