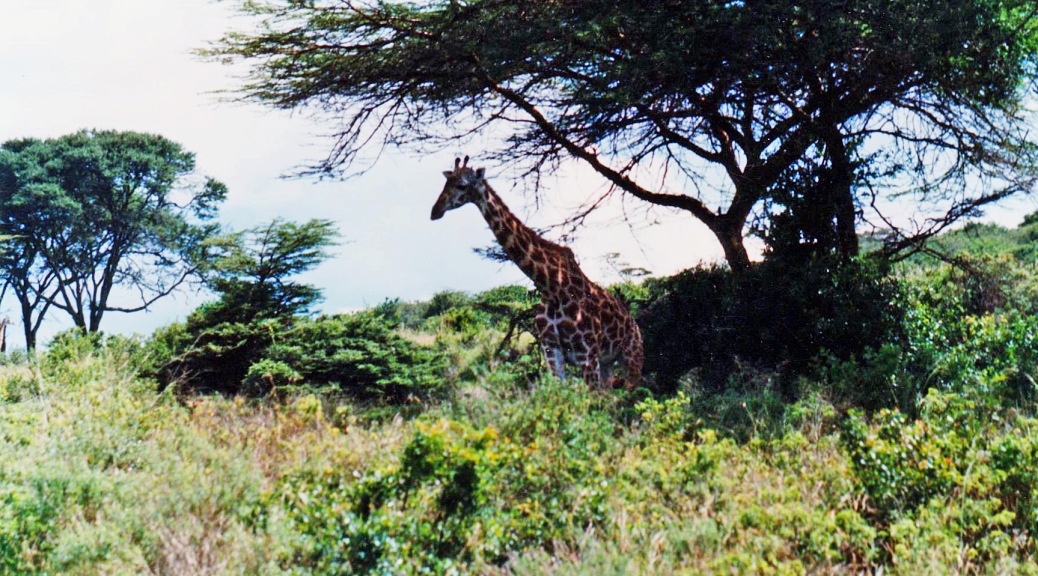 Just came back home from a big city urban safari.  A trip loaded with work and all the stresses of the modern world. Although it was good, or what’s commonly called successful, it was nothing like the safaris I’m used to. The big city certainly makes me run faster, speak louder, listen less, and in general adjust to the rapid urban pulse of human achievement.

A big city definitely is a place where people rule.  An urban jungle where the huge buildings provide some shade from the sun and the cars roam the streets. They can certainly kill you if you’re not constantly on your watch. A manmade kingdom with a few implanted, lonely pieces of the nature providing some warmth to the stone filled environments. A few representatives of the animal kingdom can be seen walking the sidewalks, tightly in the leash for their own protection. 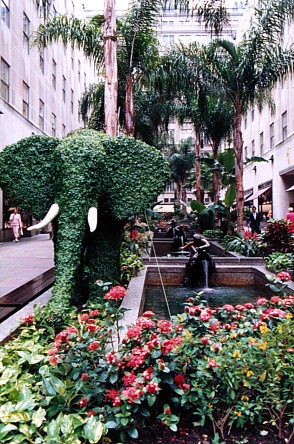 On a nature bound safari, whether in the north or in the south, I immediately feel the deep connection with the nature. And I realize that I am a visitor in the nature’s wild kingdom. That is a very special feeling. There is a keen awareness of not being in charge in that environment, but at the same time a deep sentiment of being part of it. A sense of oneness, peace and awe. Such a contrast to the urban jungle and the modern life we are so accustomed with.

At home relaxing after my “urban safari”, I was reminiscing over the safaris we were so fortunate to go on in the past. We always preferred to drive ourselves, whenever possible, and tried to avoid the most “touristy” safari parks in an effort to find some truly genuine wild kingdoms. That of course came with two “givens”: not to disturb the wild, and be prepared to encounter some unscheduled adventures along the way. I hope we minimized the former, but we certainly had our share of the latter. I have already told many stories in my earlier posts but there are countless more…

After my sweaty walks in the big city, I came to think about the most spectacular bath I’ve ever taken. One late afternoon in Ethiopia we were searching for the hot spring we knew would be located in a small oasis in the Awash region, which for the most part was dusty, dry savannah. We were fairly close to the location and could already see the tall trees reaching for the sky, when we came across a group of hyenas.  They were many and some of them were huge. They were probably planning for their evening meal.  Right after that encounter, we found the hot spring. The surroundings were incredibly beautiful with flowers and lots of green vegetation. And the water was warm and crystal clear. 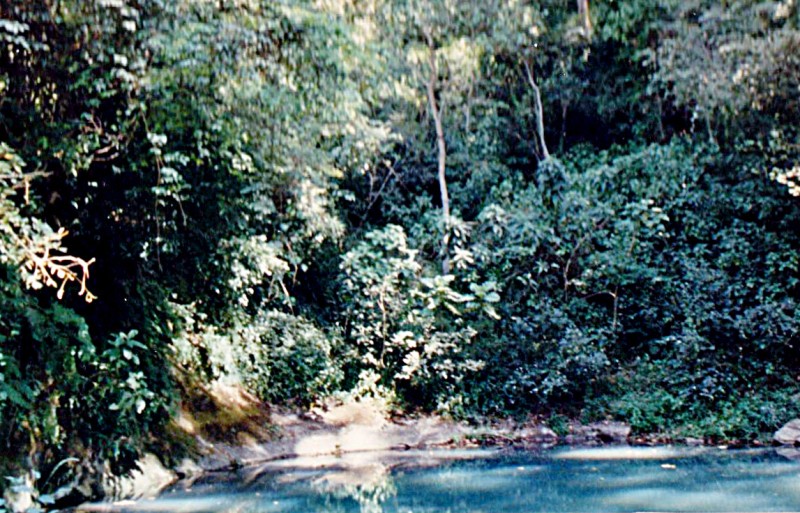 We were a bit hesitant to jump into the inviting water. Perhaps we would see six hyena heads watching us from the high edge of the spring. But we jumped in anyway, couldn’t resist the opportunity to wash out the day’s dust as we didn’t have any shower at our simple camp grounds. And we were lucky, no hyenas guarding our clothes when we finally climbed up after our refreshing bath and swim in the desert oasis.

The traffic jams in the big city reminded me of another “jam” we came across while driving in a national park in Kenya. We came across a huge herd of water buffaloes crossing our trail. They had the green light, we had the red. There must have been between 150-200 animals. We stopped immediately and very quietly, literally holding our breaths. And tried to be invisible while they passed on all sides of our vehicle, some nudging it. It seems we had stopped a bit on the cross walk.

Dining out in the big city also reminded me of another time when we dined out in the wild on one memorable New Year Eve in Queen Elizabeth National Park in Uganda. We had several adventures and encounters packed into a single day. First in the morning we spotted a huge male lion. It was quite rare as they tend to move very little in the day time and often get their meal served by the females at night. Then on our afternoon drive we found a small herd of elephants. They were covered by some trees and high grass so we just stopped on the trail and watched them quietly. Somehow the mother sensed our presence. She took a few quick steps in our direction and showed clear signs of dislike by raising her trunk. Having learned from our earlier encounters with elephants, we didn’t need another warning.  It was time to retreat immediately.

When coming back to the lodge, we met the man-eater. A lion who had killed a park ranger a couple of years earlier. She was of course now in the small museum at the lodge for everyone to see, after being hunted down and killed by other rangers. A legend was circulating in the park about the ghost of this man-eater. She had been seen walking along the dirt road to the lodge at night… 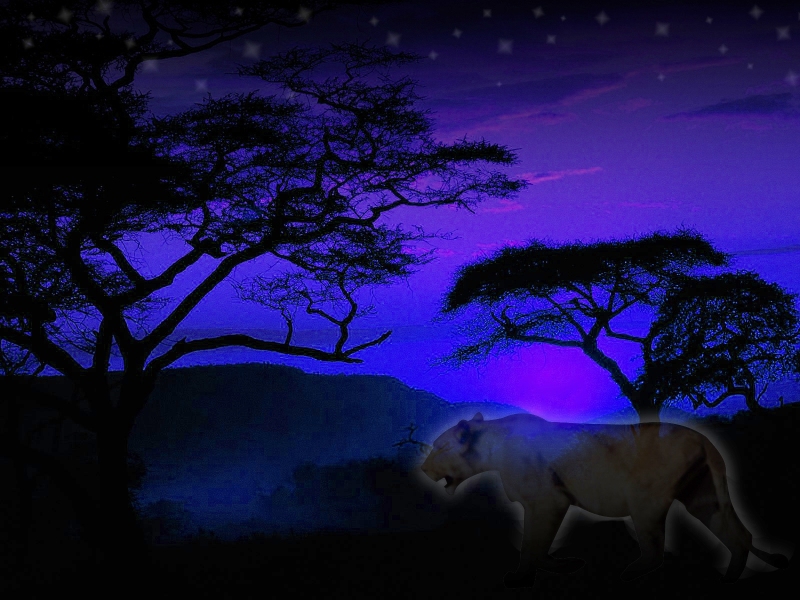 After a nice late dinner outside at the lodge, we all decided to celebrate the New Year on our little terrace with the view to the river. We had a bottle of Champagne saved for this occasion. So a few minutes to midnight we walked back to our accommodations in the moon light under the African starry sky.  It was a very beautiful and clear night. Suddenly we hear a sound in the dark. We all stop in our tracks and listen. It was a repeating sound of big feet.  Like something big and heavy walking in the shadows…in our direction. We decided to retreat behind some tall trees next to the path we had been walking on. And past us walks a huge hippo straight towards the main lodge. He had a pink glow in the moonlight… 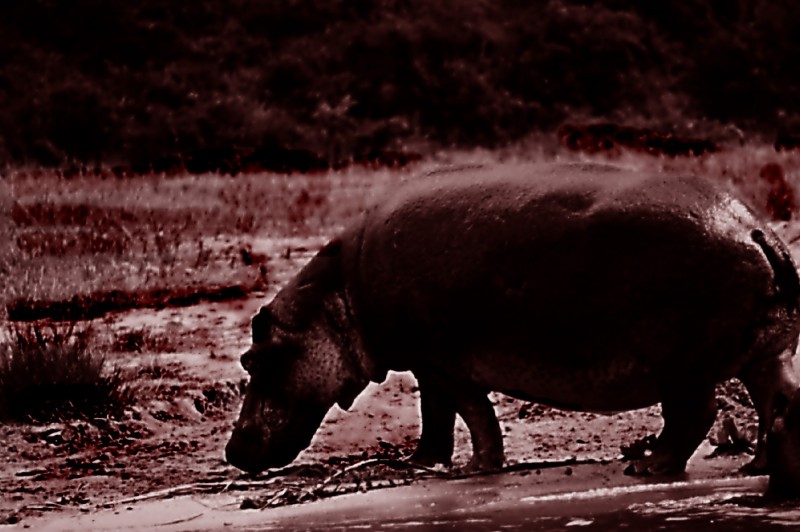 Later on when we enjoyed our night on the terrace, he came back to greet us. He obviously liked the grass next to path leading to the river and we could observe him in the moonlight for a good part of an hour. And now he seemed even more pinkish. I can still picture his silhouette against the moonlit river bank. It’s not every day one meets a pink hippo at midnight.

11 thoughts on “Time Square and the Pink Hippo”